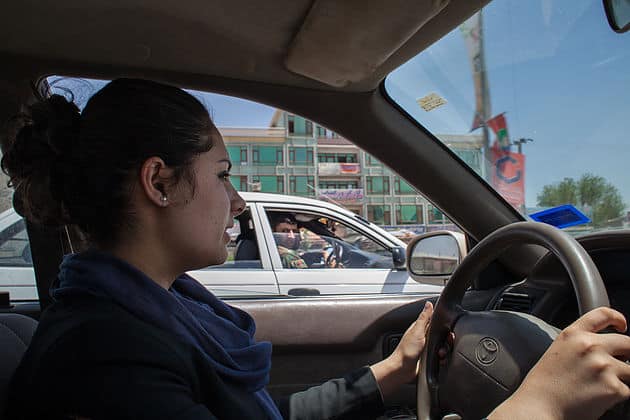 As a young woman growing up in America, I have had the privilege of living in ignorance. I have never lost family or friends to bombings, I have never fled my home in fear, and I have never even imagined that my neighborhood would become a war zone.  I grew up in a safe bubble with only a vague understanding of the harsh reality girls my age faced elsewhere.

I began my internship with Women for Afghan Women this summer with a passion for women’s rights and a background in advocacy for survivors of domestic violence and sexual assault, but my knowledge base on the conflict in Afghanistan was extremely limited. Even after several weeks of researching the country’s history and monitoring news of the continued violence, my understanding of the conflict is still very basic. Every day I realize that the war and its ripples are extremely intricate and delicate; it is nearly impossible to fully grasp their weight as an outsider sitting behind a computer screen. How, then, can I help advocate for women whom I have never met and whose experiences and customs are completely different from my own?

This is an issue regularly faced by well-meaning foreign aid workers, lobbyists, and human rights advocates. The media is rampant with heartbreaking stories of injustice and violence, and it is only natural to see the damage and want to help. But attempting to address the issues without a certain level of cultural competency is unwise and ineffective. Many issues faced by Afghan women can only be remedied with the assistance of those who truly understand religious laws, family dynamics, and larger cultural structures in Afghanistan. This is in no way to discourage impassioned people from getting involved with a good cause; allies are an important resource as long as they understand when to take a back seat, myself included.

That being said, foreign aid has been extremely important in the reconstruction of Afghanistan. Programs and funding provided by a long list of nations have helped create jobs and schools and have worked towards stabilizing the government. It is no secret that any form of assistance serves to benefit both parties. Not only does providing foreign aid give direct assistance to those on the ground, but it can also bolster countries’ international image. While many may criticize the practice of providing aid as a way to gain positive recognition, if done correctly, both the donor and recipient can reap the benefits. Too often, foreign aid comes without the necessary cultural understanding; non-Afghans see violence and hardship and attempt to employ Western rhetoric to make improvements. While the intentions may be good, many foreign advocates have a bad habit of co-opting movements for change that they don’t fully understand and are ill-equipped to adequately address on their own.  In order to make a lasting change in the lives of Afghan women, it is important that services and solutions provide them with a comfortable environment, mindful of Afghan ideals and traditions. There is no better way for non-Afghans to contribute to appropriate solutions than by knowing when to step back and listen to the requests of Afghan women themselves.

WAW is unique in that the organization welcomes the assistance of allies, while still putting the needs and opinions of Afghan women at the forefront. Our advocacy in DC is based on the recommendations and experiences of women on the ground in Afghanistan who have dealt with conflict and violence first hand. These women know what they need. They know the country, understand the conflict, and have survived the hardship. As I continue to work with WAW to lobby for Afghan women’s rights through US international policy, it is important that I listen to the recommendations of my Afghan co-workers who can inform me on the cultural milieu and pay close attention to the requests of Afghan women at WAW centers in Afghanistan and New York.  In doing so, I hope to become a conscientious ally in the fight for gender equality in Afghanistan, and I urge other non-Afghans advocates to do the same.