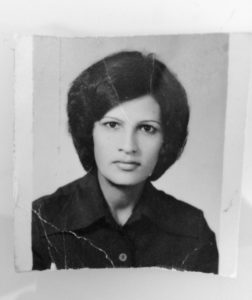 I remember growing up and my mum being the only widow we knew. It was unusual. There were other single parents but my mum was looked upon differently, almost with pity, because she was a widow. She was 30 with 3 kids under the age of 7. In a country, Australia, very foreign to her at the time.

We had only been in Australia a month when my father passed. Refugees looking to just survive. My mum didn’t know the language and could count the number of people she knew on one hand. My father’s last wish was for her not to return to Afghanistan. He feared for us. The war was in full force and he wanted better for his family.

So my mother stayed. And sacrificed. Never dated. Never remarried. Dedicated her life to her children and to his legacy. Growing up, I didn’t understand why she was almost disregarded. The older I got, the clearer it became. In too many cultures and societies, men define the family. And since we didn’t have one at the head of ours, then we weren’t as important. I always thought the opposite. I distinctly remember thinking she should be treated like a queen for what she was doing – that people should make even more effort to support her. 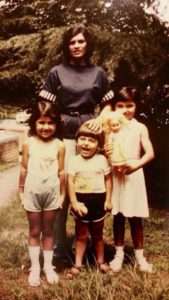 Today is International Women’s Day. As I reflect on all the women in my life, the one my mind and heart travels to most, is my mother. My mum did so much against the highest of odds. Details that if I listed could become a book. She raised a family alone. Away from her own family. She learned a new language, a new world and a new way of being. She instilled values and morals and showed us every single day, simply by living, what strength looks like.

I have to thank every ounce of magic, the stars and the moons, the Universe and God for the woman I call mother. Who inspires you?

Photos courtesy of the Rahmati family.