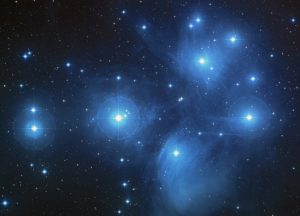 If ever you need to be grounded, just spend some time looking up at the stars late at night. The world is still. And quiet. And the expanse of the sky above is overwhelming yet so incredibly humbling. It reminds me that I occupy such a small place in this universe.

However, I don’t feel my time here is in vain. I believe we can be endless in the way we give to the world.

I remember a client we had at WAW, she was a single mother who sought and received refuge in this country from the horrors of the Taliban in her country, Afghanistan. We are both single mothers. We both have indestructible spirits and I learned this to be true when she told be about the time in her life when she worked at a hospital in Afghanistan. She described how she worked in the HR department but the casualties of the war were so high that as the bodies of the dead piled up in the hospital, they had no choice but to use offices as morgues at different times. She had no choice but to step over and around the bodies as she navigated the rooms. She had no choice but to help wash and prepare the dead for burial. She told me how she has no more tears left to shed because of all she has witnessed. She told me that, after arriving in New York, she felt even more alone.

But WAW changed that. WAW became her family here. WAW was her lifeline. It’s knowing this to be real and to be true that pushes me to keep writing, keep fighting, keep talking, and raising my voice for all our women, children, and families. We have lifelines and we need to do everything we can to keep them running.