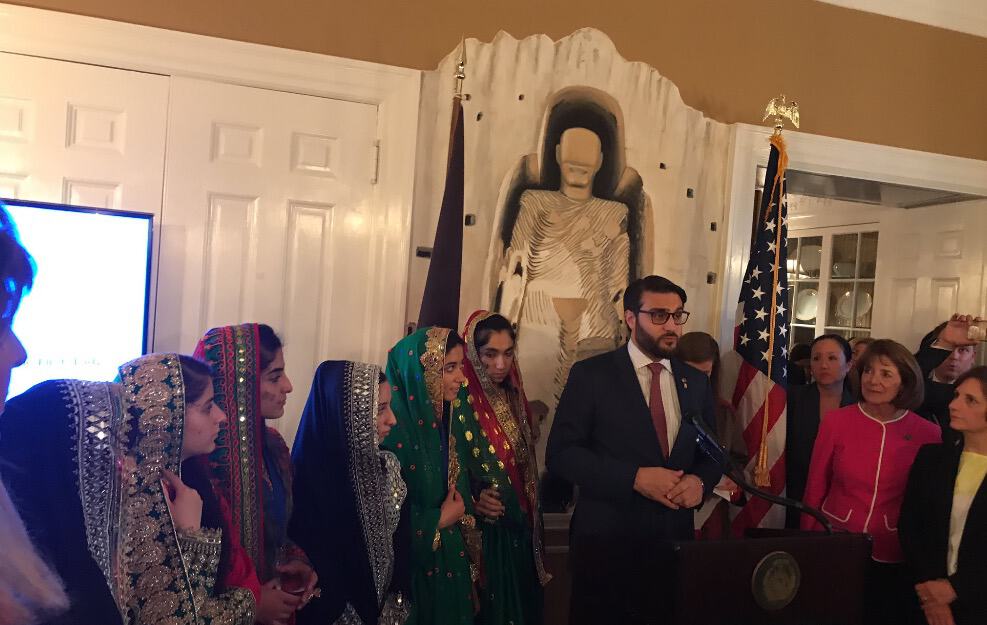 On Tuesday, July 18, 2017, Women for Afghan Women’s (WAW) Director of Advancement, Kimberly Otis, WAW Board Member and wife of the former United States (US) Ambassador to Afghanistan, Leslie Genier Cunningham, and WAW Advocacy Manager, Megan Corrado, were delighted to attend the Embassy of Afghanistan’s reception honoring the girls of the Afghan robotics team, which competed in Washington, DC at the FIRST Global Challenge last Monday and Tuesday.

WAW recently spearheaded a civil society initiative urging the State Department to reverse its decision to twice deny the all-girls team visas to enter the US. To that end, it was particularly exciting for our staff to welcome the six-girl team and celebrate their award of the silver medal for “courageous achievement” in honor of the obstacles they endured and overcame in the run up to the competition.

Lael Mohib, the wife of the Afghan Ambassador to the US, gave introductory remarks welcoming the girls and guests, and expressed pride in their accomplishments and leadership. His Excellency, the Afghan Ambassador to the US, Hamdullah Mohib, then expressed his gratitude that this team of bright young women finally made it to the US to compete. He articulated his immense pride in the way in which these young women were actively demonstrating to the world the progress made by and strength of Afghan women and girls, saying, “We talk about numbers when we talk about success in Afghanistan, but these students are the story.”

Mrs. Mohib then introduced a video message from Afghanistan’s First Lady Rula Ghani, who congratulated the young women on their hard work and excellent representation of Afghanistan and Afghan women and girls.

Congresswomen Susan Davis and Suzanne Bonamici were on hand to present the girls with an award from the Embassy of Afghanistan. WAW’s Kimberly Otis and Megan Corrado also had the opportunity to join Congresswoman Davis for dinner before the event’s formal remarks began, wherein they discussed WAW’s life-saving and life-changing work, as well current political and security situation in Afghanistan.

Congresswoman Davis is an ardent supporter of Afghan women and girls and has helped organize the Mother’s Day Congressional delegation to Afghanistan over the last 11 years. She recently introduced an amendment in the US House of Representatives to the National Defense Authorization Act that resulted in an increase in funding for the incorporation of more Afghan women into the Afghan National Security and Defense Forces and to enhance human rights training throughout the Afghan Armed Forces from $25 million annually to $41 million.

After the awards ceremony, Fatemah Qaderyu spoke on behalf of the robotics team. She moved guests by describing what is like to grow up in Afghanistan as a young woman with an unquenchable thirst for knowledge and education, and how Afghan girls have proven their strength and spirit in overcoming innumerable challenges. She thanked the US government and people, as well as everyone in the Embassy, and expressed the team’s collective elation be able to participate in the competition and to show the world what the team, Afghan girls, and Afghanistan can achieve on the global stage.

All in all, it was a wonderful evening with these inspiring young women and all the friends they have made in their journey to compete in this robotics competition!

WAW is very proud to have been an integral part of the advocacy efforts on the team’s behalf, which successfully concluded with the girls’ entry into the US. Read more about WAW’s efforts to support the efforts of the Afghan all-girls’ robotics team:

WAW’s Letter to the Editor of The Washington Post

Links to other high-level media coverage on the story of the Afghan all-girls’ robotics team and their participation at the FIRST Global Challenge:

At First Denied U.S. Entry, Afghan Girls’ Robotics Team Shows the World What They Can Do (PBS) 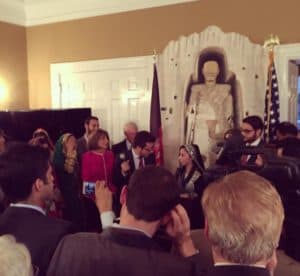 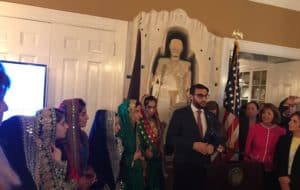 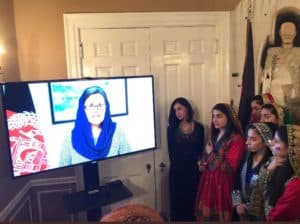 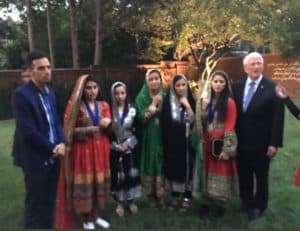