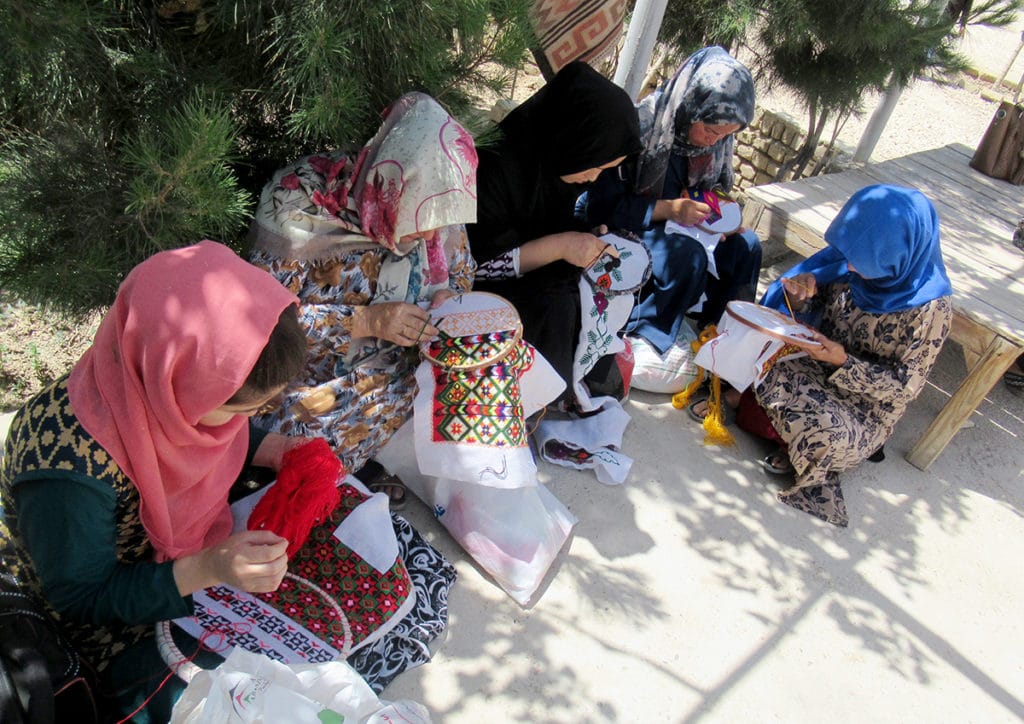 In 2020, WAW is proud to have launched the Prevent and Respond to Gender-Based Violence in Internally-Displaced Persons and Returnees’ Communities Project in partnership with the UN Trust Fund to End Violence Against Women.


Despite the ongoing conflict and instability in Afghanistan, and the overwhelming challenges posed by the COVID-19 pandemic, Women for Afghan Women (WAW) has successfully expanded its programmatic reach in 2020 to serve yet another group of vulnerable and at-risk Afghan women and girls. In partnership with the UN Trust Fund to End Violence against Women, WAW launched a project entitled Prevention and Response to Gender-Based Violence in Internally-Displaced Persons (IDPs) and Returnees’ Communities (PARGIRC) specifically aimed at improving overall access to essential, safe, and adequate multi-sectoral services and to address gender-based violence (GBV) in the context of the forced displacement and refugee returnee crisis in Afghanistan.

Some of the drivers behind many of the humanitarian needs that WAW tries to address in Afghanistan are an outcome of the country’s challenging conflict displacement and influx of Afghan refugees returning from other countries. Since 2017, the number of Afghan IDPs and refugee returnees have grown exponentially. Moreover, the latter often require support from the government and humanitarian providers immediately upon arrival and as they seek to reintegrate.

In 2020, UN High Commissioner for Refugees, Filippo Grandi, made a plea to the international community to continue its engagement in the country’s delicate, ongoing peace process as he recalls that another “nearly 300,000 Afghans have been internally displaced due to conflict in 2020 alone. They remain in acute need of humanitarian support, as do the nearly three million previously displaced and the nine million people who have lost their livelihoods due to the ongoing COVID-19 crisis.”

The PARGIRC project was launched by WAW and the UN Trust Fund to End Violence against Women during the pandemic and in response to the acute needs of the most vulnerable communities. Currently, the project works in the provinces of Balkh, Faryab, and Kunduz, with plans to expand in the future to the other 21 Afghan provinces in which WAW operates. These three provinces were selected as they currently host the highest numbers of IDPs and refugee returnees. Furthermore, the settlement communities in these provinces also have the highest number of GBV cases reported among at-risk women and girls who reside in these communities including sexual and physical abuse, child labor, and human trafficking.

The project set up Project Mobile Teams (PMTs) which will work over the next three years in settlement communities in Balkh, Faryab, and Kunduz provinces to ensure women and children refugee returnees and IDPs , and survivors of GBV, have access to medical, legal, mediation services, and psycho-social counseling.

Each of our three PMTs conduct biweekly needs assessments in the settlements to ensure women and children are reached and connected to resources. Each PMT is staffed with a psychologist, medical doctor, social worker, case worker, outreach trainer, and vocational trainer.

Additionally, the project offers human rights training in every settlement community where it operates. The training is made available to Community Development Councils (CDCs), other government officials, community leaders, and IDPs and refugee returnees themselves.

Economic empowerment is also a large component of the project. The PMTs provide vocational and life skills training to women so that they can reintegrate more successfully and independently into the larger, permanent community.

Finally, WAW also connects women and children to our established Women’s Protection Centers (women’s shelters) and Family Guidance Centers, where children are enrolled in schools and women receive legal support for their cases. Should a woman need long-term care and protection, they can live at our women’s shelters where they receive extensive psycho-social support, and attend rights, life skills, and vocational training to ensure they can access economic opportunities and be self-sufficient when  they are reintegrated.

The PARGIRC project aims to serve 3,528 vulnerable IDPs and refugee returnees who have survived gender-based violence by 2023. Over 350 survivors are expected to receive shelter services, and 14,040 beneficiaries from different IDP and returnee groups are expected to benefit from ongoing training and resource sessions on women and child rights. The project will also provide medical services and educational supplies (stationery and school uniforms) for the 1,620 children of the afore-mentioned 3528 beneficiaries by project-end.