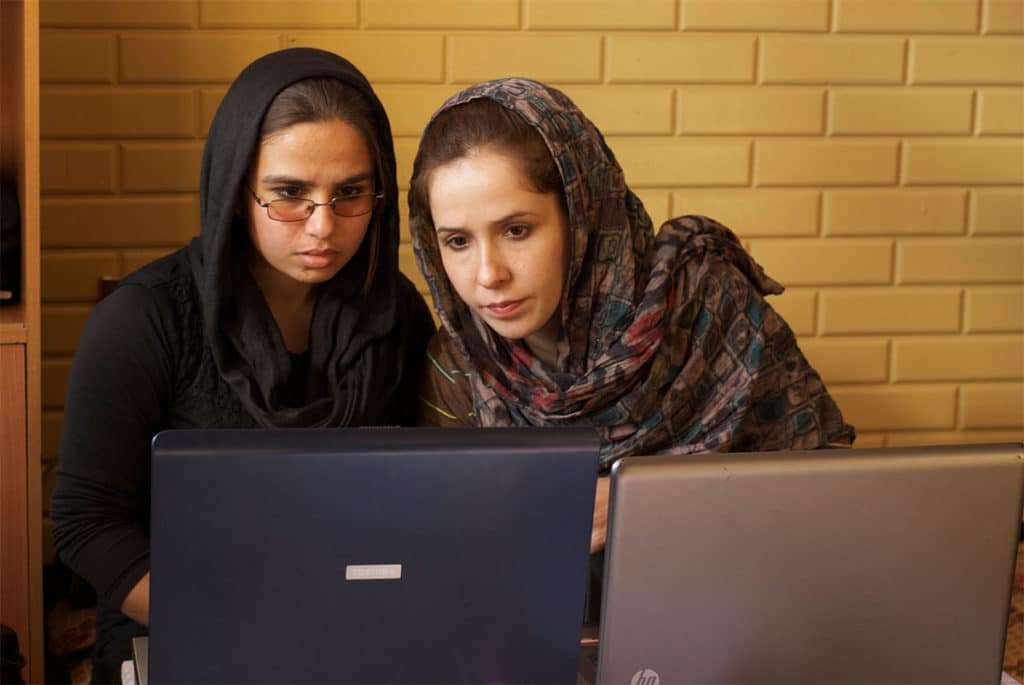 Imagine that you are a seven-year-old girl and you are being made to do things that you don’t want to do. This was my situation eleven long years ago… Let me tell you my story.

My name is Laila. I am from Afghanistan.

I was seven years old when my real mother put me into prostitution for money. I could not spend my childhood like other children. I was not allowed to go to school. I could not wear a school uniform, and there was no one to give me a pen. Instead of a pen, my mother, brother, and stepfather slapped and forced me to go out and be with strange men so that I could bring back money for them. I was beaten very badly if I did not obey them. There was no one to support me or to help me get out of the terrible life I was living.

But at WAW, the staff and counsellors helped me. They helped me go to school, taught me how to love people, and how to smile. WAW adopted me and gave me the love of a mother and family that I never got from my own. They helped me with my studies, sent me to English classes, and helped me stand on my own feet.

When Laila’s mother was released from prison, she no longer felt safe. She was constantly afraid that her mother would come after her and bring her harm. For her safety, WAW successfully enrolled Laila at a top high school in India where she went on to receive a full scholarship and graduated with honors.

In pursuit of her dreams of becoming a journalist, Laila recently received her undergraduate Bachelor of Arts degree (with Honors!) in Political Science at one of the best universities in India

Today, this daughter of WAW is applying for internships and plans to complete another year of studies.