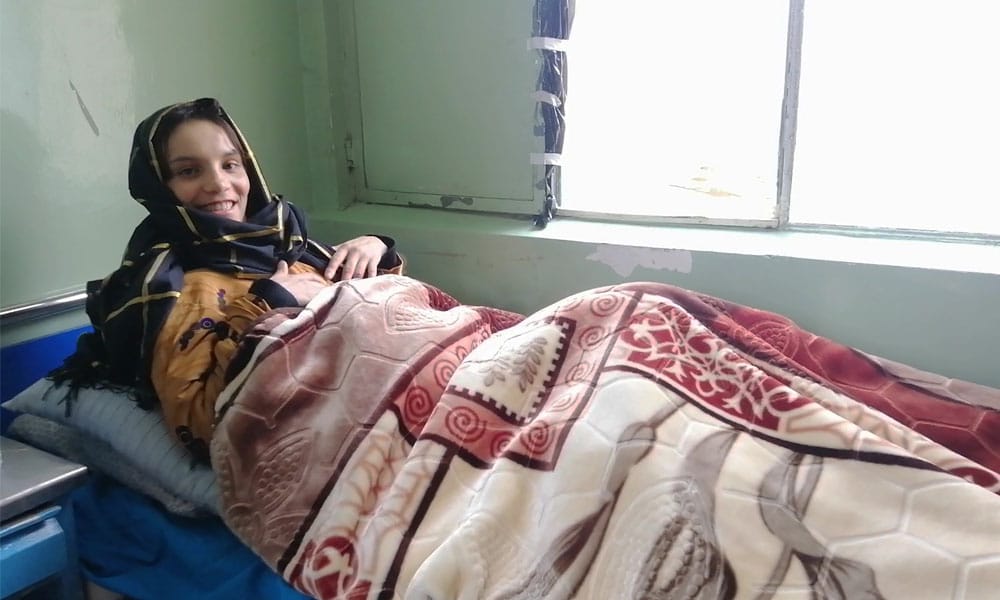 Zaafirah is 17 years old. She has just learned to walk again.

Zaafirah’s tragedy began the day she was forced into a marriage with a man from her village in an exchange arranged by her parents. The harrowing abuse started as soon as the young girl moved in with her new husband and in-laws. Her parents would remain in the dark because Zaafirah’s husband and in-laws would ban her from visiting or communicating with her family.

After months of abuse that amounted to torture, Zaafirah became so weak and her condition deteriorated to such a terrible state that her in-laws contacted her father and told him that she had been diagnosed with cancer. They asked him to come to their house to take her back, alluding that she was “damaged goods.”

When her father arrived, they handed over Zaafirah at their doorstep without letting him into the house. Once they got home, Zaafirah’s father realized that she had suffered the most unbearable physical abuse. Muscles in her leg were severed, her nails had been extracted, and she had terrible burns all over her body. The traumatized girl told her parents that, in addition to the torture she suffered, her in-laws had locked her up in a well in their backyard. She was there for so long that all her wounds became infected.

When confronted, Zaafirah’s in-laws denied any wrongdoing. Initially, Zaafirah’s father believed their denials and deceit. He even permitted them to accompany Zaafirah and him to the local hospital to seek treatment. But, local hospital staff had neither the expertise nor the facilities to treat Zaafirah’s wounds so they sent them to a larger medical facility in their province’s capital.

Upon witnessing Zaafirah’s terrible condition and the sickening abuse she had suffered, the staff at the provincial medical center immediately contacted the Ministry of Women’s Affairs (MoWA), which then transferred Zaafirah’s case to Women for Afghan Women (WAW).

WAW’s local Family Guidance Center (FGC) and Women’s Protection Center (WPC) staff immediately took charge of Zaafirah’s care and worked relentlessly to ensure she would get the urgent medical care she desperately needed. Zaafirah was suffering from severely infected third-degree burns in her lower limbs with extensive tissue damage. The damage was so deep that her bones and tendons were exposed.

After undergoing emergency care and being treated for shock at this facility, WAW worked with local authorities and medical staff to transfer Zaafirah to a specialized hospital in Kabul, where she could have a more advanced surgical procedure to try to save her legs. WAW arranged for Zaafirah to be sent to Kabul on a flight that accommodated her in a stretcher, accompanied by her father and a nurse.

Complicating matters, Zaafirah has a very rare blood type. WAW had to campaign to get blood donated in enough quantities for her upcoming surgery in Kabul. Fortunately, WAW was successful in the blood donation drive and the surgery was a resounding success.

After an extensive recovery process and rehabilitation, Zaafirah is finally able to bend her knees and walk by herself. Finally, in late February of 2020, Zaafirah was discharged from the hospital and transferred back to her province with her father.

But, Zaafirah’s story does not end there.

While Zaafirah was in recovery, WAW worked tirelessly to prepare a legal case against her husband and father-in-law. The latter was detained by the authorities and sentenced to two years in prison on charges of torture and domestic abuse. Unfortunately, Zaafirah’s husband fled to a province under the control of the Taliban and out of reach of the Afghan security forces. But, we are hopeful that her husband will soon be found and we are determined he will be brought to justice. 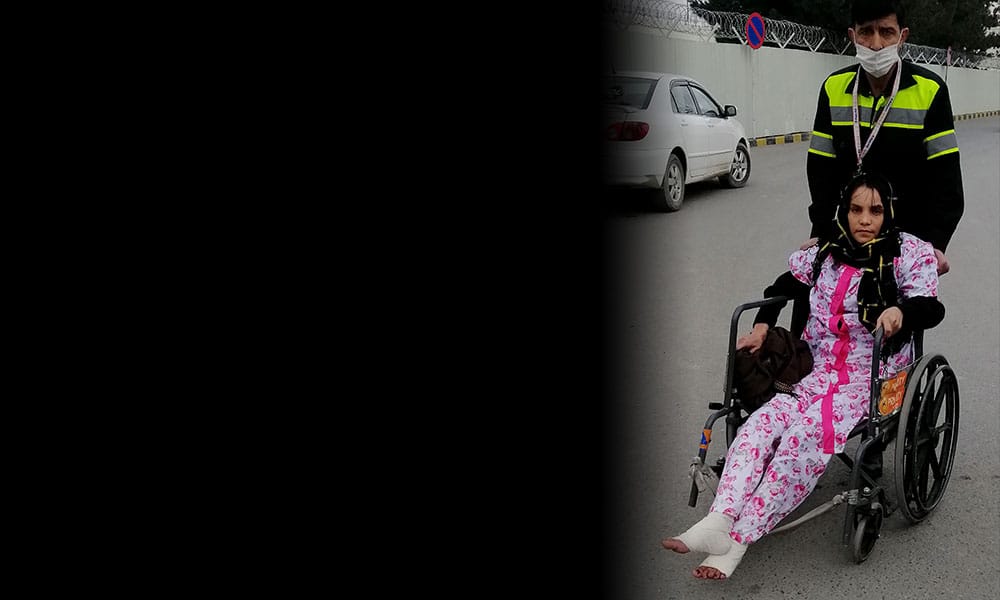 All of the logistics and costs of the emergency and long-term hospital care, rehabilitation, medications, nutritional supplements, travel expenses, and extensive assistance required for Zaafirah’s recovery was taken care of by WAW.

You can also support clients like Zaafirah by donating to WAW’s life-saving and life-changing work here.