Much like our New York Community Center in Queens, WAW’s Virginia Community Center (VACC) was established in 2022 to provide vital services to newly-arriving Afghans in the area, and to support already-established Afghan and other immigrant communities.

Since the Taliban takeover of Afghanistan in August 2021, WAW has seen a 300% increase in requests for its services and programs. The takeover created a humanitarian and global refugee crisis, with over 80,000 Afghans arriving in the United States (US) between 2021-2022. These Afghan refugees and evacuees are arriving to host countries with an immediate need for comprehensive, culturally-sensitive, and linguistically-appropriate support to rebuild their lives.

WAW has over twenty years of experience and expertise to meet these needs.

Virginia has the second largest Afghan community in the US—having over 23,000 or 18% of the US total Afghan population. More than 6,000 new Afghans also have arrived in the state since 2021, with thousands more expected to arrive in 2022 and beyond, according to Virginia Governor Ralph Northam. WAW and its resettlement partners also expect more newly-arrived Afghans to move to the greater DC area after their 90-day resettlement support period ends in order to be closer to families and an established Afghan community.

WAW’s VACC is located in Alexandria, VA (where the majority of local Afghans reside) and will provide the following immediate, pro bono, culturally-sensitive, and linguistically-competent services:

In 2022, the numbers of individuals, evacuees, and families served by the Virginia Community Center 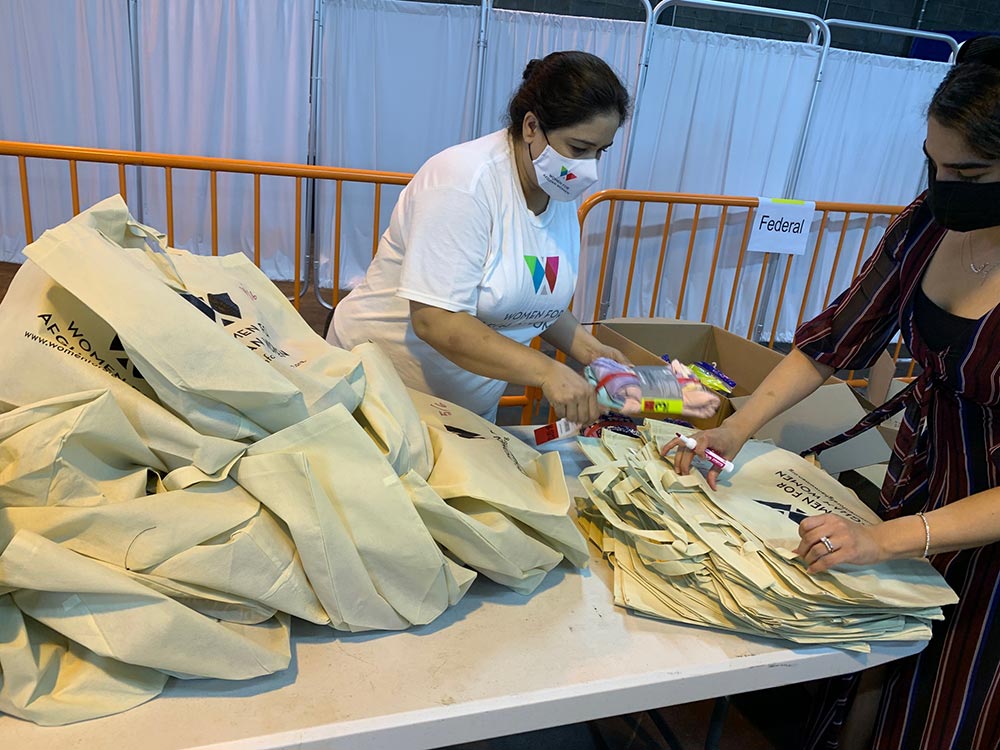 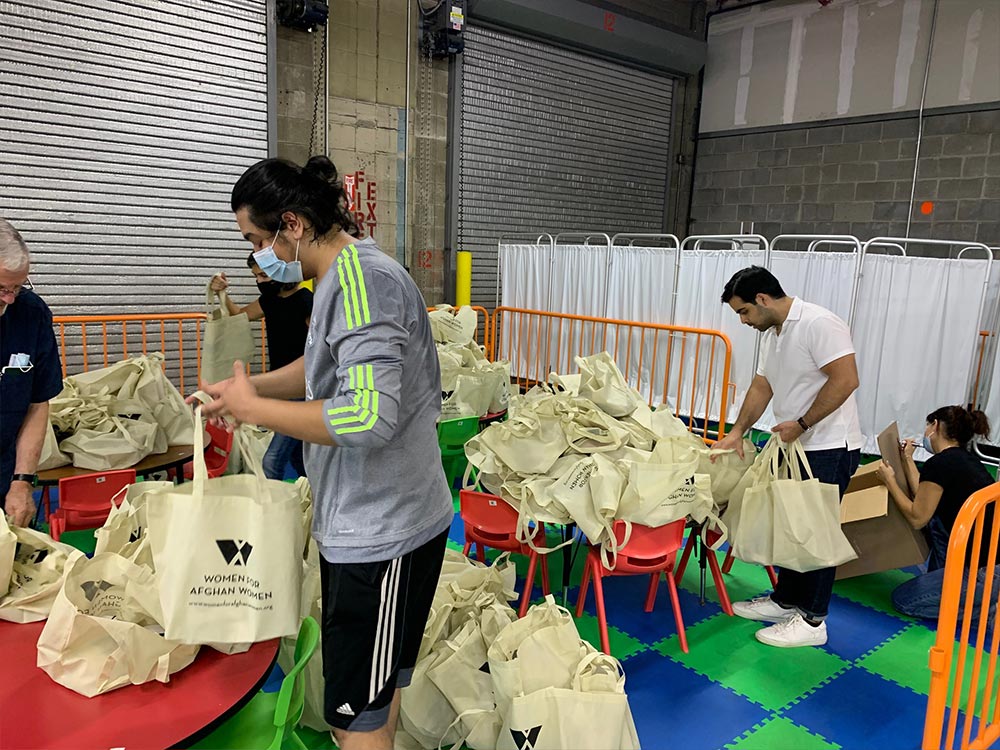 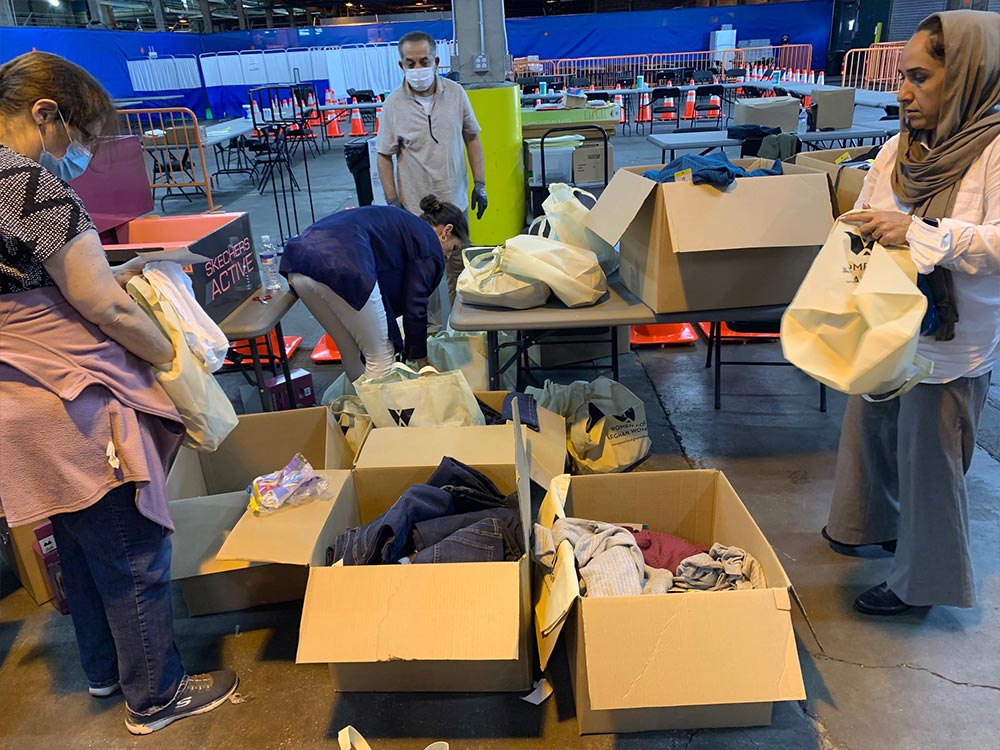 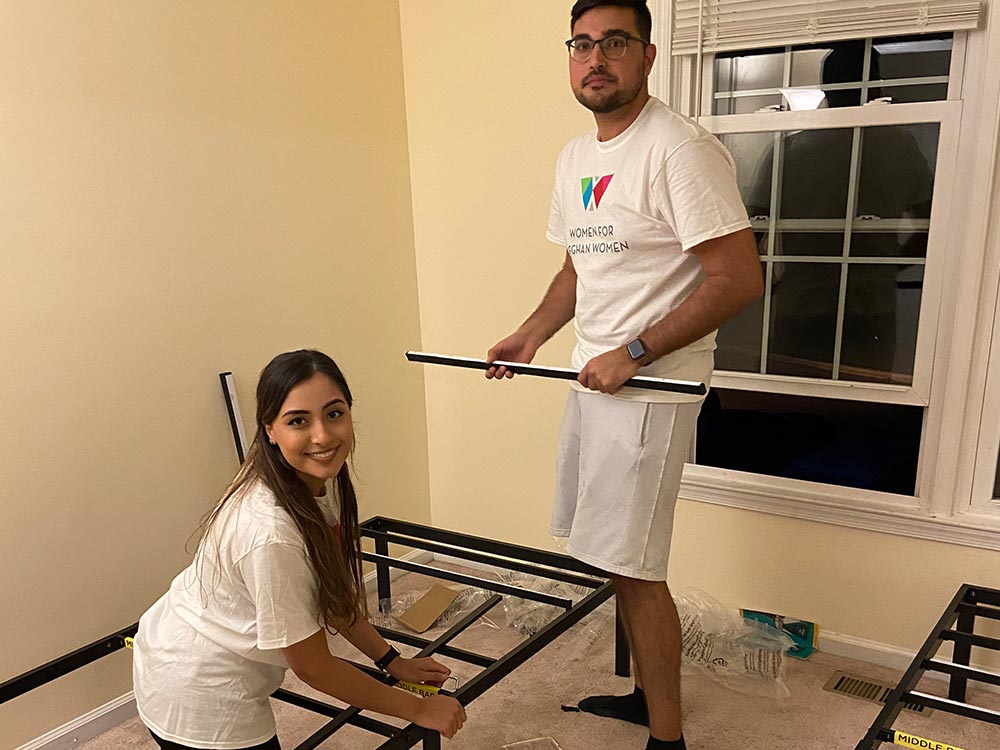 In 2021 and 2022, WAW’s Virginia volunteers helped set up apartments for newly-arrived Afghan refugees. They worked with Lutheran Social Services of the National Capital Area (LSSNCA) to ensure these apartments were welcoming and equipped with items appropriate and appreciated by Afghans.

A short video of their work can be seen here

On December 4, 2021, the Chair of WAW’s Associate Board, Nawa Arsala Lodin, hosted a fireside chat with Omaid Sharifi, with music by Afghan artist, DJ Yelda in Washington, DC.

Omaid Sharifi is a co-founder of ArtLords, a Kabul-based street art group. He made it out of Afghanistan on one of the first evacuation flights to the US after the Taliban take-over in 2021.

Fortunately, Omaid was able to bring some of his art, which was displayed at the event. Omaid shared his experience leaving Afghanistan, seeing ArtLords’ murals being destroyed, and how it was like in Kabul before the takeover. Guests were invited to personally help recreate one of the murals that was destroyed to honor the legacy of ArtLords and in honor of Afghanistan.

A family of five children that was evacuated from Afghanistan in 2021 came to WAW because they did not fall under the Refugee Resettlement Program, but instead had family in Virginia who sponsored them. WAW learned that this family had lost all their luggage on the way to the US. The family literally only had the clothes on their backs. They would wash their clothes in the shower every day, and wear them again and again for weeks, before WAW provided them with a new set of clothes, shoes, and other necessities.

Despite their harrowing journey to safety, the family never lost hope. They also had a thirst for education. The mother insisted that her priority is for her children to be enrolled in school above all else. She valued having this opportunity for her kids because she was never able to get an education in Afghanistan.

WAW caseworkers immediately worked to enroll the children in school and enrolled the mother in WAW’s virtual English classes. WAW also made sure the family had health insurance and access to other benefits.

WAW’s VACC remains ready to support the family in every way they need, including providing mental health support and career matching. We will stand by this family until each member can stand on their own—all thanks to their mother who embodies #AfghanWomenStrong!

Women for Afghan Women (WAW) is a grassroots civil society organization dedicated to protecting and promoting the rights of disenfranchised Afghan women and girls in Afghanistan and New York. In particular, WAW works to help Afghan women and girls exercise their rights to pursue their individual potential to self-determination, and to representation in all areas of life—political, social, cultural, and economic. WAW relentlessly advocates for women’s rights and challenges the norms that underpin gender-based violence to influence attitudes and bring about change.